The English wheat harvest is likely to be just 11.74m tonnes this year, according to estimates from Defra, a fall of almost 10% compared to last year.

Defra’s June survey, published last week, revealed that total wheat plantings for 2013 in England were down 19%, from 1.86 million hectares to 1.51m hectares, the smallest area since the early 1980s. Plantings were hampered by poor weather last autumn, a situation that means this year’s harvest is likely to be well below the 13m tonnes produced last year.

According to the NFU combinable crops board chairman Andrew Watts, the fall in production would lead to above-normal volumes of wheat imports for the second year running. However, the high quality meant much more of what has been harvested would be of value to the food industry this year.

“Farmers worked really hard to get this year’s crop up and running, but with planting down by 19%, I’m not surprised overall wheat production is down,” he said. “Many arable farmers are still working under the shadow of 2012’s appalling weather and the knock-on impact this has had. For most, the problem is now in the office; working to balance the books, cover production costs and, looking ahead to next year, I’m hoping we can move on to a more positive outlook.”

The NFU said that, as a net importer of food, the UK must start to produce more itself and called on government to deliver on its promises to improve long-neglected agricultural research and knowledge exchange to help weather-proof British crops.

“A reverse in the decline of spend for agricultural R&D is crucial if we are to increase production and impact less on the environment in years to come, particularly if extreme weather events become more frequent,” said Watts. “Innovation and technology are vital in keeping crops healthy and resilient, yet this technology has been under a sustained and unwarranted attack recently, and the impacts could be grave for the industry.

“The last thing we want is for legislators to regulate the UK and EU out of arable production by undermining access to pesticides and products that will be vital to protect the crops of the future.”

Bakery deliveries all in one delivery, how cool is this?

The big question is this..do people like entering competitions and being bombarded with free giveaway tweets and Facebook competitions. There are loads of them about and I must admit I have been guilty of putting a good few on social media myself. I have used it as a way of getting customers to follow me and my bakery brand Bakestone. It has been successful on my part till recently. The interest in recent competition entries has fallen, so is it that the prize value isn’t aspirational enough or the wrong prize in the first place? comments would really be appreciated. 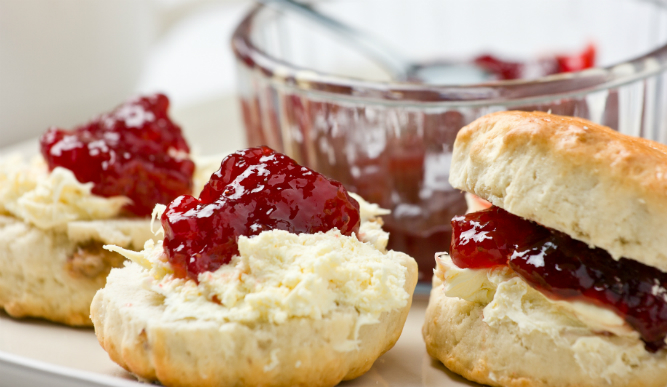 Scones are traditionally served with jam and cream for Afternoon Tea. With our fantastic, simple recipe you can enjoy tasty homemade scones at any time. Enjoy them plain or for a fruity twist add sultanas or glacier cherries.

1. Preheat the oven to 200°C, then sieve together the flour, salt, and caster sugar into a large mixing bowl.
2. Rub in the butter using your fingertips until a consistency of ground almonds has been achieved. If you are adding sultanas of cherries stir them in now.
3. Make a well in the centre and slowly start to add the milk whilst mixing gently with a wooden spoon and then combine the ingredients together to form a smooth paste.
4. Leave the mix to rest for ten minutes in a bowl covered with cling film.
5. Then roll out the mix on a lightly floured surface to approximately 15mm thick, then take a 5cm cutter and start cutting out the scones then place the scones on baking tray lined with baking paper (or a silicone mat of you have one) and rest for a further ten minutes.
6. Carefully brush the scones with egg wash (simply made from whisking an egg) then place in the oven and bake for 15 minutes until golden brown in colour.
7. Remove from the oven and allow the scones to cool on a cooling wire. Serve whilst still warm with butter or for an even sweeter treat serve with jam and cream, yum!

It promises to be battle that will delight those of a sweet-tooth persuasion.

Dunkin’ Donuts is to square up to Krispy Kreme in what promises to be an epic clash of the fried dough treat.

The US chain is making a return to Britain 20 years after it first tried to break into the UK market.

The rise of coffee chains such as Costa and Coffee Republic in recent years has tempted the business to return to these shores for another try.

Dunkin’ Donuts last attempt to break into the UK market ended in failure, and it pulled out in the mid-1990s.

It has agreed deals with two franchise partners to launch 50 restaurants in London over the next five years, with talks ongoing over a possible further 100 branches across the UK.

This is a small video that I took part in for Santander Bank. We have banking arrangements with them and they wanted to have business feedback from their customers. I took part because I thought it was a great opportunity to promote our bread brand Bakestone.

When you look around at all the available bread choices out there its difficult to see how anyone can make a living being a baker nowadays. From the basic sliced bread to ciabatta, panini, and now wraps and sandwich thins the choices are bewildering. But maybe choice is what everyone wants and so that is why the white sliced bread market is declining by 50 million loaves a year. People want change and so it is up to the bakers to keep developing new products that will attract us to try them. The Bakery sector is huge and ever changing and the bakers that adapt will flourish. What would your favourite type of bread be? would it be white, seeded , fruited or wholemeal. It would be interesting to see what people comment on and if they are not satisfied with the choice out there. 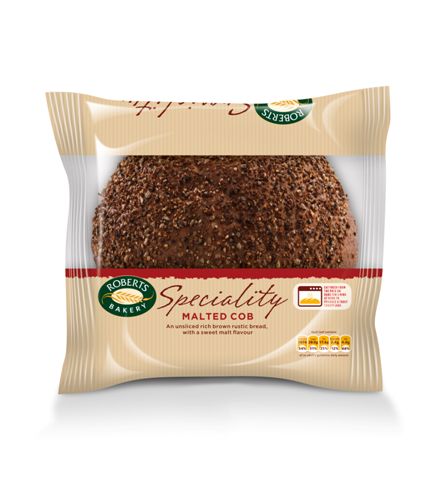 Malted Brown Cob. This is one of my favourite uncut loaves that you can buy in the UK