“The smell of good bread baking, like the sound of lightly flowing water, is indescribable in its evocation of innocence and delight…

[Breadmaking is] one of those almost hypnotic businesses, like a dance from some ancient ceremony. It leaves you filled with one of the world’s sweetest smells… there is no chiropractic treatment, no Yoga exercise, no hour of
meditation in a music-throbbing chapel. that will leave you emptier of bad thoughts than this homely ceremony of making bread.”
― M.F.K. Fisher, The Art of Eating: 50th Anniversary Edition

Bakewell pudding and the sandwich have been awarded places in England’s Hall of Fame, beating off competition from hundreds of other foods.
Organised by national tourist board VisitEngland, the Hall of Fame Exhibition opens on St George’s Day (23 April) at Observation Point on London’s Southbank, showcasing the best of England, from the Beatles to Brunel.
The sandwich and Bakewell pudding were awarded gold and bronze awards, respectively, in the food and drink category, with Plymouth’s gin distillery taking silver. The winners were chosen from a list voted for by the public, with the overall People’s Choice Award set to be revealed tomorrow.
The search to establish England’s Hall of Fame began in February when VisitEngland asked the public to submit their suggestions via an app on what England had brought to the world and what made the country such a diverse and fascinating place to visit and explore.
Categories included: The Great, The Good and the Notorious; Inventions & Discoveries; Food & Drink; History & Heritage; Culture & Entertainment and Sport & Leisure. Other winners included graffiti artist Banksy, Robin Hood and the Magna Carta.
Bakery products on the final shortlist of 10 products in the food and drink category included Cornish Pasties, Melton Mowbray pork pies and Yorkshire Puddings.
Julie Hurst, manager of The Old Original Bakewell Pudding Shop in Bakewell, which claims to be the custodian of the original recipe, said: “It is a huge honour for the Original Bakewell Pudding to appear in England’s Hall of Fame and to find ourselves among some of the country’s premium assets.
“We pride ourselves on the Pudding still being made by hand to the age-old original recipe and it is exciting for both our shop and bakery, and Bakewell as a town, that it has been recognised as one of England’s elite.”
– See more at: http://www.bakeryinfo.co.uk/news/fullstory.php/aid/12593/Sandwich_and_Bakewell_Pudding_join_Hall_of_Fame_exhibit.html#sthash.XhmsJmCg.dpuf

Click on this link to watch a short video and sing along if you’re happy!  Happy Bread. 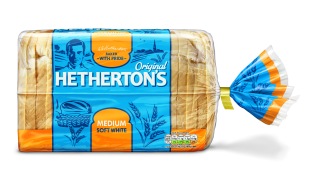