Big debate going on at work this week as we are about to launch our new Bakestone Potato packaging next week.

The question on everyone’s mind is why are they called cakes? You wouldn’t expect that would you, a potato being a cake. Well it was interesting when someone said they had read about a twitter feed from Australia that called them scallops. I always say this is a scallop.

and this to me looks nothing like my idea of a potato cake.

Everybody has different names for them. Our Scottish friends have them for breakfast and they are called Tattie scones, yet there goes another reference to cake with the word scone in it. 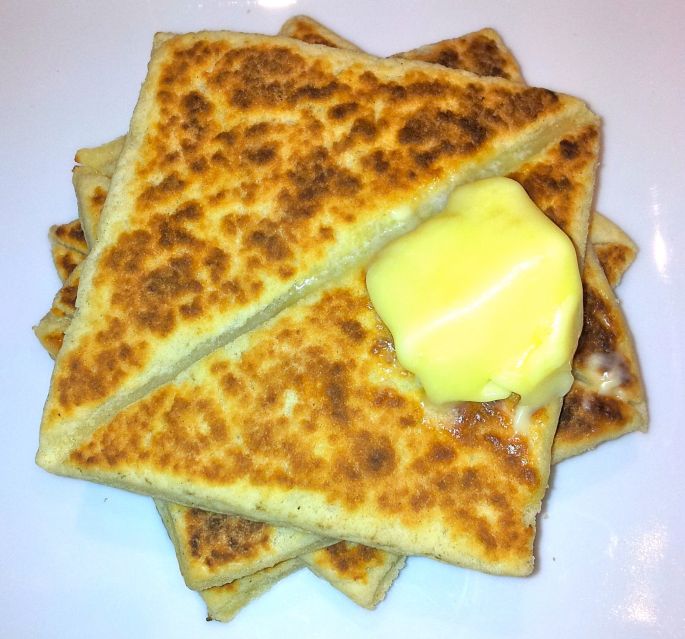 But in Ireland the traditional potato cake is called a Boxty.  These are handmade and fried adding parsley to give it a finishing touch. Boxty was used in Ireland to make the potatoes go further.  An old Irish rhyme goes: ‘Boxty on the griddle, boxty on the pan; if you can’t make boxty, you’ll never get a man’.”

So if you fancy the convenience of buying some potato cakes from the shops, or to simply make your own, here is a recipe.

1/4 cup olive oil
Prep
15 m
Cook
15 m
Ready In
30 m
Toss the grated potatoes with flour in a large bowl. Stir in mashed potatoes until combined. In a separate bowl, whisk together the egg and skim milk; mix into the potatoes. Season to taste with salt and pepper.
Heat the olive oil in a large skillet over medium-high heat. Drop in the potato mixture, forming patties about 2 inches in diameter. Fry on both sides until golden brown, 3 to 4 minutes per side. Drain on a paper towel-lined plate. Serve warm.

other ways to eat potato cakes…. Grilled and lashings of butter on them as a handy snack anytime of day. Fry them in the pan with your egg and bacon, the fat will add real taste to your breakfast. If you want to go all continental you can grill them, spread cheese on them with a little tomato and make yourself a mini pizza. Or just eat them cold, it is after all only potato!

4 thoughts on “Potato Cakes or Scallops?”