Should we make St Georges day a National Holiday?

St George’s Day was declared as a national feast day in 1415 and used to be largely celebrated in England, but following the unification with Scotland in May, 1707, the day has become less significant.

Now people go to work as normal, although in recent years there’s been a push to make the day a National Holiday again – we could replace one of the May bank holidays as they are too close together.

The day is not a national public holiday, although campaigners say it is unfair that Ireland and Scotland are granted a bank holiday for St Patrick’s Day and St Andrew’s Day, while the English are not.

If we were to have a National Holiday like a bank holiday then St Georges day would become as popular as St Patricks Day which is really well celebrated ,also St. Andrews Day and St Davids day were they are public holidays in their own right.

How can you celebrate St George’s Day?

Fancy a pint? Throughout the country, pubs celebrate by decorating their venues with the St George’s cross, offering people the chance to celebrate together with a few drinks.

Fervent English fans mark the day up and down the country with parades, dancing and waving flags from buildings and pubs. Some people wear a rose, England’s national flower, on their lapel.

The hymn of Jerusalem is traditionally sung on the day and Morris Dancers often perform around the country.

“factual source from the Telegraph newspaper”

Coultons – we’re Championing a great value for money loaf for the convenience sector.

Just a few years ago, the Great British public were a very brand conscious bunch, but things have changed, changed quickly and they continue to do so and none more so than in the category of food.

Since the surge in growth of discounters in the UK, we have as a nation become accustomed to shopping in stores that carry virtually no well-known brands what-so-ever.  This has created a cultural change in shopping habits across the high-street and supermarkets as consumers are more willing to be curious and explore what is on offer.  Retailers have upgraded own-label offerings, introduced sub-brands to compete with the discounters creating a surge in growth of private label across categories.

At Coultons Bread Limited, we’re embracing this with our very own brands that can champion great quality and competitiveness for retail convenience.  Our range of 800g & 700g retail loaves in Bakestone, Happy Bread or Hethertons branding present opportunities for the convenience sector to compete with the supermarkets by offering a quality loaf that can compete with the buying power of those businesses.

Our heart and soul are with the convenience sector, we don’t supply the supermarkets and our brands therefore remain exclusive to the convenience retail sector and catering services.

Our brands represent great value for money and in terms of quality, we produce them to exacting standards that match those of the high street brands.

Within the sliced bread sector, private label is the fastest growing area of the market driven by the supermarkets.  Our positioning at Coultons is clear.  We’ll keep our range simple and focus on the core SKUs of White, Wholemeal & White&Wholemeal (we call it Brite – it’s a little bit of Brown and a little bit of White).  We’ll offer these exclusively for the retail convenience sector at comparable quality to the major brands and at a price that will compete with the supermarkets.

We are well and truly on your side.  We’re keeping one step ahead of the market trends, so you can rely on us to deliver for the market that we solely represent.  We’re Championing Great Value & Quality in Convenience Retail.

Source: What’s the difference between a cupcake and a fairy cake? – British Baker

Fantastic effort by them, well done

Looking for a wholesale bakery supplier? We introduce our brand of bread, called Hethertons-original a bread brand that is not sold in any supermarkets. This bread cannot be price compared and therefore not subject to having to match the supermarkets and Discounters extremely low pricing. It is a quality loaf made with the best ingredients. We all want things as cheap as possible, but at what price to our local businesses? If we stop shopping there we will all be sorry, just look at the high streets now! We give to many charitable organisations by way of products for fund raising. We believe in shopping local to keep our community businesses alive.

I live in a small village and use our local shops all the time. I am lucky as they are all well supported and keep the little village busy. Last week we bought from our butchers quality produce from local farmers. Eggs, meat, bacon and other items in there and  spent £35. This was approx a couple of pounds dearer than Tesco. The products were better, tasted fresher and keeps our butcher in business,  who then employs local people and they in turn support their families and re-invest in the village. 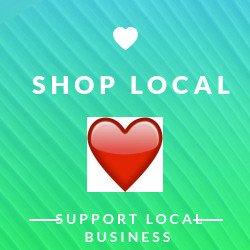 Source: What was the best thing before sliced bread?