Why do we eat hot cross buns?
A traditional hot cross bun is a yeasted sweet bun that’s lightly spiced with cinnamon, and studded with raisins or currants, then marked on top with a cross that’s either piped with a paste or etched into the dough.

Hot cross buns are now sold and enjoyed throughout the year. they used to be only sold at Easter
There isn’t a main reason why Hot cross buns exist, Here are a few of the stories that are told about hot cross buns.

English folklore includes many superstitions surrounding hot cross buns. One of them says that buns baked and served on Good Friday will not spoil or grow mouldy during the subsequent year. Another encourages keeping such a bun for medicinal purposes. A piece of it given to someone ill is said to help them recover.
Sharing a hot cross bun with another is supposed to ensure friendship throughout the coming year, particularly if “Half for you and half for me, Between us two shall goodwill be” is said at the time, so some say they should only be cooked one at a time. Because there is a cross on the buns, some say they should be kissed before being eaten. If taken on a sea voyage, hot cross buns are said to protect against shipwreck. If hung in the kitchen, they are said to protect against fires and ensure that all breads turn out perfectly. The hanging bun is replaced each year.. A 12th-century monk introduced the cross to the bun.

The origins of hot cross buns may go back as far as the 12th century. According to the story, an Anglican monk baked the buns and marked them with a cross in honor of Good Friday. Over time they gained popularity, and eventually became a symbol of Easter weekend.

Towards the end of the 16th century, Queen Elizabeth I passed a law limiting the sale of sweet buns to funerals, Christmas, and the Friday before Easter. The English were deeply superstitious, believed the buns carried medicinal or magical properties, and were fearful of those powers being abused. Some even believed that buns baked on Good Friday would never go stale.

As a way to get around the law, more and more people began baking these sweet buns at home. Not only did they grow in popularity, but the law became too difficult to enforce and was eventually rescinded.

Anyway, what ever you believe or read on the subject do you like them? or do you loathe them?

Coulton’s Bread Ltd, based in Liverpool and one of the UK’s leading distribution bakery operators, has launched its NEW Bakestone Brite loaf.

The new range has been developed specifically because the healthier option bread market does not have a retail long loaf. Some of the difficulty in creating a name that is punchy but also describes the product has been overcome with a simple but ingenious word play of Brown and White. The first two letters from Brown and the last three letters from White make it a simple name to remember.

The Healthier bread market includes a whole host of trademark names such as Kingsmill’s 50/50, Best of Both from Hovis and Warburtons’ Half and Half.

The Brite range currently comprises of one core product, a thick sliced long loaf, containing 20 slices. If successful, there are plans to extend the range to include everyone at Bakestone. The launcgdate is 17/11/2104

The branding has also been designed to give the product maximum standout on shelf, and sees the use of golden yellow and brown packaging, colours not generally used in sliced bread packaging design, yet linked with cheerfulness, creativity and nature. The launch will be promoted by introducing a PMP product priced at £1 to give it maximum saleability in the shops. The long loaf also offers better value for caterers, increasing their sandwich yield per loaf.

“Bakestone has already become an iconic brand in many parts of the UK and we think it fills a real gap in the market for a great tasting value loaf. The range looks great and provides a strong commercial offering to retailers. We’re looking forward to seeing it spreading Briteness throughout the UK over the coming year!”

The National Bakery School has secured almost £1.7m of investment to redevelop its facilities at London’s South Bank.

The school, part of London South Bank University, will use the funding to create specialist teaching spaces for baking, confectionery and chocolate, as well as a demonstration bakery suitable for industry and public presentations.

Following a £200,000 grant given by the Garfield Weston Foundation, a charitable trust set up by the founders of Associated British Foods, in February this year, a further £1m has been donated by the University, accompanied by £450,000 from “various personal donors and companies”, according to the University.

Work on the school is due to take place during the summer of 2014, allowing the new facilities to open in September. Marking the 120th anniversary of the National Bakery School, the facilities will be available to students and the baking industry as a whole.

Marchant added that, between now and the launch, a further £500,000 needs to be raised to create “a new National Bakery School which fully meets the needs of today’s bakery students and of the baking industry”.

Founded in 1894, the school has places for 60 undergraduate students, who spend 50% of their time on practical learning.

Current facilities include two bakery rooms with proving ovens, baking ovens, mixers, work benches and a pastry brake, and a lecture theatre, as well as three practical study rooms for the production of fermented goods, chocolate-making and confectionery. 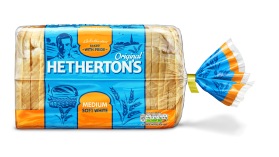